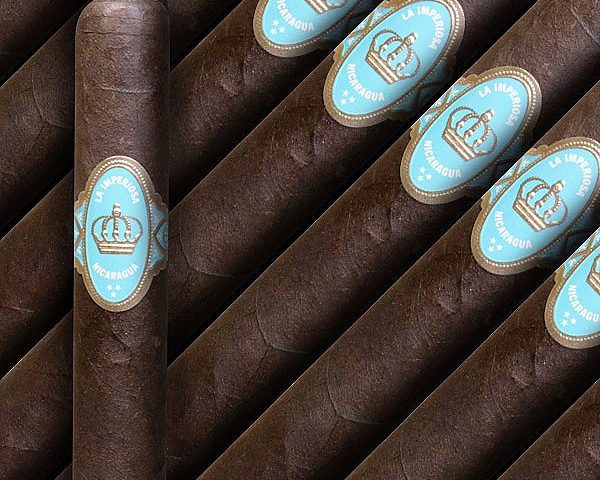 Originally a Cuban brand from the early 1900’s, La Imperiosa translates to ‘the imperative,’ or, “..that which is absolutely necessary or required.” The La Imperiosa artwork and band were inspired by the original Cuban vista and band of years gone by.

With a Ecudorian habano oscuro wrapper and a binder and filler of Nicaraguan tobacco the appearance of the cigar has dark, oily sheen with a strong, rich scent of cedar, earth and a slight hint of spice.

I grabbed two cigars for this review and I have noticed that both have rather large, risen veins running throughout the cigar. Upon lighting the cigar I did notice that the vein was burning slower than the rest of the cigar, giving it an ever so slight uneven burn. The first draws on the cigar were rather tight producing very little smoke or flavors. Towards the end of the first quarter of the cigar, the draw has opened up a lot with very rich flavors of cocoa, earth and a slight hint of pepper.

At the end of the second quarter, the burn has evened out on it’s own and the ash refuses to fall off showing impeccable construction. At the third quarter of the cigar, the flavor switches to a mocha blend with a combination of coffee and cocoa with a bit of spice towards the end. Overall, the cigar is well constructed with a rich flavor profile and medium strength.

You must be 21 years old to visit this site.